“She won’t say hi unless I say ‘Say Hello.’” “He will only wash his hands if I put his hand on the knob to turn on the water.” “He won’t use his fork until I put it in his hand.”

I hear statements like this all the time from both parents and providers working with learners what autism. What they are describing is “prompt dependence,” which is when a learner requires a prompt from a teacher or parent in order to complete a task. So how do you avoid prompt dependence with your own learners? 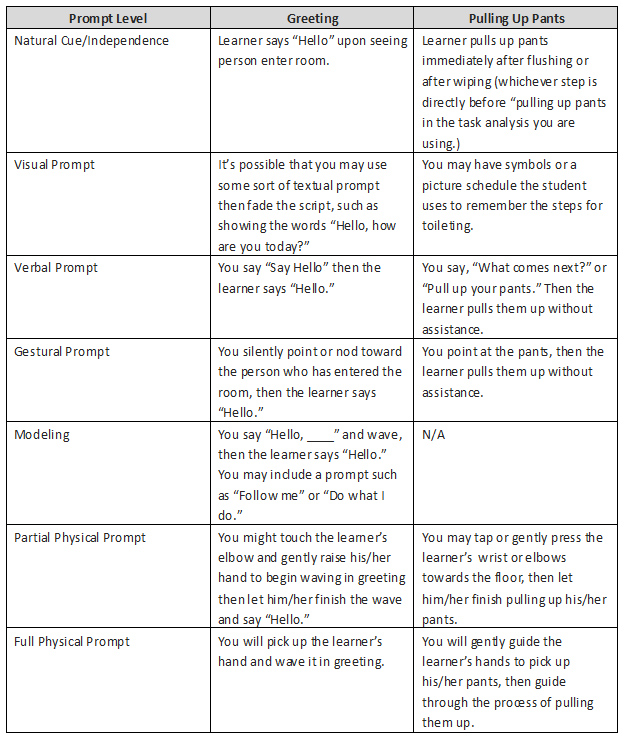 Research shows that least-to-most prompting increases potential for errors and slows down rate of acquisition for new skills. Therefore, most-to-least prompting is preferred for teaching new skills. This means that you would start at a full physical prompt and then move your way up the prompt hierarchy until your learner achieves independence with the task.

Instead, you should try to quickly move up the prompt hierarchy in a way that makes sense for the skill you are trying to teach. Below are some tips to help you help your learners achieve independence.

Prompting can be very difficult to do well, but following these tips should help set your learner on the path to independence.