The program notes that careful consideration will be given to those who specially provide services to underserved communities, as well as those who provide opportunities for individuals of varying functioning levels.

For more information about the application process, interested organizations may visit their FAQ page. Click here to apply!

The U.S. Departments of Education and Health and Human Services are encouraging greater inclusion of children with disabilities in preschools, Disability Scoop reports. The Department of Education has reported that while a majority of preschoolers with disabilities did attend general early childhood programs since 2013, more than half received special education in contained environments.

What are your thoughts on this urge for change in the early childhood setting?

NBC’s Dateline recently aired “On the Brink,” a 3-year chronicle of two New York-based young adults with autism and the emotional journeys their families have endured. As they transition from graduation to adulthood, they make a leap towards the unexpected future. 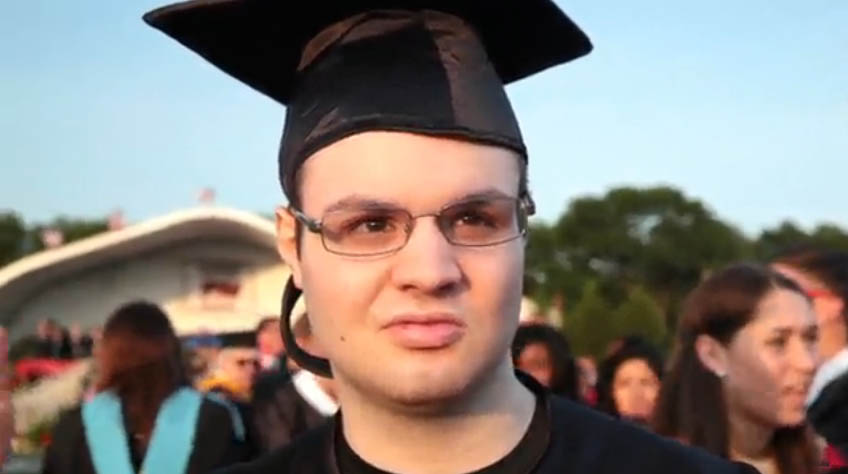 This report puts a spotlight on autism’s “aging out” crisis. “On the Brink” presents a deeper look at the lives of young adults with autism and the measures parents must take to provide their children with specialized services and a better future when they turn 21. Both families featured in this episode fight to help their children and revolutionize the way autism is perceived in the U.S.

Watch a preview of “On the Brink” or the FULL episode here.

There’s some good news coming from Microsoft. The software giant has announced a pilot program to make an effort to hire individuals on the autism spectrum, according to their company blog. Working with Specialisterne, an employment agency that trains and finds positions for individuals with autism, Microsoft plans to kick off the program in May.

Corporate Vice President of Worldwide Operations Mary Ellen Smith communicated on the company blog that “people with autism bring strengths that [they] need at Microsoft, each individual is different, some have amazing ability to retain information, think at a level of detail and depth or excel in math or code … It’s a talent pool that [they] want to continue to bring to Microsoft!”

Applicants interested in the available positions can email their resumes to Microsoft at msautism@microsoft.com.

Read more from the blog Microsoft on the Issues

This year’s “Night of Too Many Stars: America Comes Together for Autism Programs”, a big TV charity event for autism programs, hosted by Jon Stewart on Comedy Central, will air on Sunday, March 8, 2015. Be sure to tune in at 8:00pm ET/PT. Live phone banks manned by celebrities including Larry David, Martin Short, and Larry Willmore will also be available during the event. Funds raised by the live event will go directly to programs to help kids with autism and other developmental delays immediately.

We had the hilarious pleasure of attending the taping of the show last Saturday, February 28, 2015 at the Beacon Theatre in New York City. Members of the audience had the opportunity to interact with performers like John Oliver, Paul Rudd, Sarah Silverman, and Louis CK on stage to raise funds and awareness for autism. We’re incredibly grateful to Julie at Different Roads, who gave us the opportunity to attend such a memorable and charitable event!

For more information about the event and submitting donations to New York Collaborates for Autism, you can visit www.cc.com/toomanystars.

“How to Dance in Ohio” is expected to debut on HBO this fall. (Laela Kilbourn)

A new autism documentary called “How to Dance in Ohio,” which premiered at the Sundance Film Festival on Jan. 25th will debut on the HBO network later this year. The documentary follows a group of three girls from a group of young individuals on the autism spectrum, who learn how to navigate the social rules involved in the suspenseful experience of a spring formal dance. Directed and produced by award-winning filmmaker Alexandra Shiva, “How to Dance in Ohio” is a story of the universal human need to grow, connect and belong as uniquely dramatized by individuals facing the deepest struggle toward social survival.

For more information and to receive updates on the film, visit www.howtodanceinohio.com.

We’re delighted to share that Autism Speaks has partnered up with Simon Property Group, Inc. and the Noerr Programs Corporation to bring children and their families a new Caring Santa program. On Sunday, December 7, 2014, for two hours prior to the mall opening, children with special needs will have the opportunity to meet Santa personally in a sensory-friendly environment set up in 120 different Simon Malls across the country. 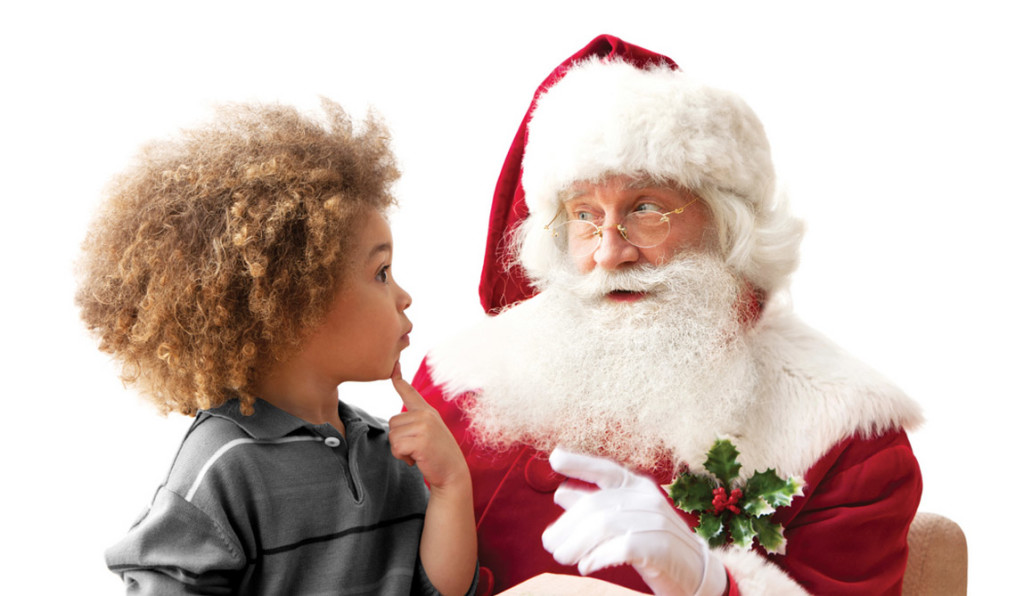 Reservations to meet their Caring Santa’s at Simon Malls are going fast, so book your spot today to meet Santa in a fun and sensory-friendly environment at this private event just for families with special needs. For a full list of locations and dates of the Caring Santa event, visit www.simon.com/caring-santa.

Make a Reservation with Caring Santa!

In the spirit of the Thanksgiving holiday, we thought we would share this wonderful report we came across on learning how to prepare for Thanksgiving festivities at Dexter Middle School in Whittier, CA. With weeks of preparation for their annual tradition, sixth-, seventh-, and eighth-graders in this school’s special education program learn about manners, responsibility, budgeting at the grocery store, and treating others with respect, especially at the dinner table.

How are you preparing for Thanksgiving with your special student this year? What’s your annual tradition?

We’re incredibly THRILLED to share this inspiring feature on our President and Founder Julie Azuma just published today on Huffington Post. Julie was recently featured in Marlo Thomas’ new book It Ain’t Over… Till It’s Over, which reveals the stories of 60 different women who prove that it’s never too late to live out a dream. Brimming with anecdotes that will inspire smiles, tears, and—most of all—hope, Marlo Thomas’ book will speak to women of all ages. 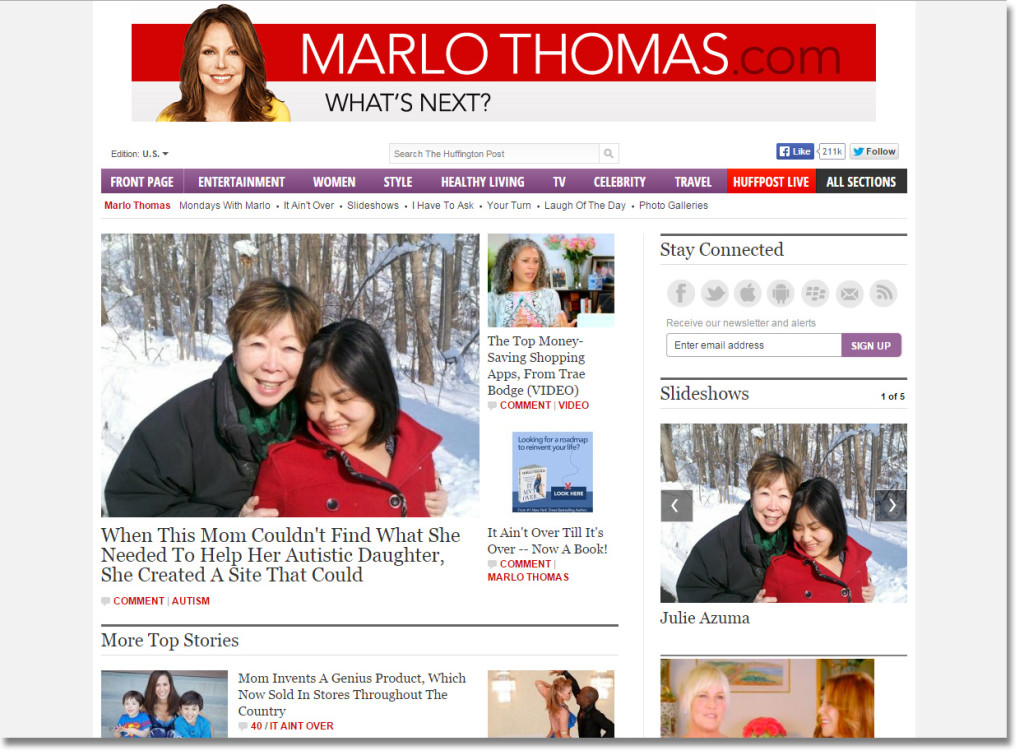 We’re so proud of Julie and appreciate the invaluable help she’s given to so many. Congratulations, Julie!

When This Mom Couldn’t Find What She Needed To Help Her Autistic Daughter, She Created A Site That Could