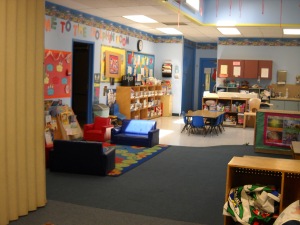 Group contingencies can be especially beneficial for teachers because it may not always be possible to implement a contingency for an individual or there may be several students who need improvement with the same behavior. It’s also a useful strategy for individuals who respond well to peer influence. Furthermore, there are several studies that demonstrate the group contingencies can increase positive social interactions within a group.

Let’s look at examples of each type of contingency. In the first type, a dependent group contingency, reinforcement for all members of the group depends on the behavior of a single person within the group or a small group of people within the group. For example, you might say, “If Joseph remains in his seat for all of math, we will have five extra minutes of recess today.” This can be highly motivating for Joseph, because his peers will respond well to him if he earns them access to five more minutes of recess (leading some to call it the “hero procedure” because the individual is viewed so positively upon earning the reward.) It’s clear that if you have a student who is not motivated by social reinforcement from peers, this type of contingency would backfire. However, there is plenty of research that shows it’s benefits. (Allen, Gottselig, & Boylan, 1982; Gresham, 1983; Kerr & Nelson, 2002)

In the second type, an independent group contingency, criterion for accessing reinforcement is presented to everyone, but only the individuals who meet criterion earn the reinforcer. For example, you might say “If you remain in your seat for all of math class, you will earn five extra minutes of recess today.” In this contingency, every student who reaches criterion accesses the extra recess time, but those students who left their seat do not earn the extra five minutes. Another example might be, “Each person who turns in all homework earns two bonus points on their spelling test.” In this set up, the entire class is working towards a common goal, but the individuals who achieve the goal earn reinforcement no matter how their peers perform.

Group contingencies are an excellent tool for classroom teachers, as well as anyone else working to manage a group of individuals.

Photo courtesy of Books and Blogs by Cindy Andrews