To create the color sorting jar, you cut around the edges of each color jar. Then, you cut out all of the color pictures. Once all the pictures are cut out, you can mix and start sorting the objects into the same color jar! You can also use the jars for sorting different color objects from home or the classroom.

We recommend printing the activity on cardstock or laminating the jars and objects for longer use. 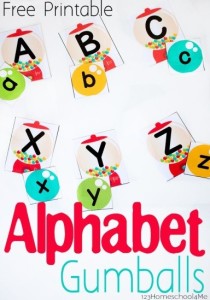 Start Autism Awareness Month on a sweet note with this gum ball alphabet matching activity! This free, easy-prep printable from lifeovercs.com and 123 Homeschool 4 Me helps young learners build strong letter recognition skills by asking them to match lowercase letter gumballs with uppercase letter gumball machines. All you have to do is print, cut and play!

Once your student gains mastery and confidence in their letter matching skills, consider asking them to complete the following more advanced tasks: 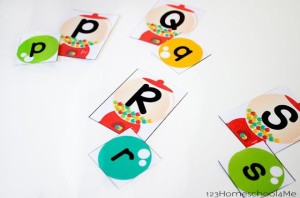 To make sure that your letters last, we recommend printing the activity on cardstock or laminating the letters for longer use.

You can download this free printable here, but don’t forget to let us know in what other ways you and your students utilized this alphabet activity in the comments section! 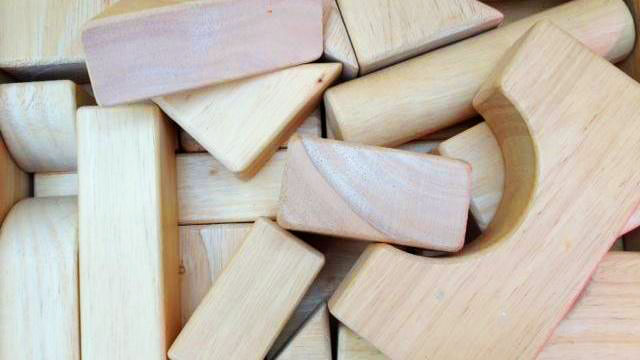 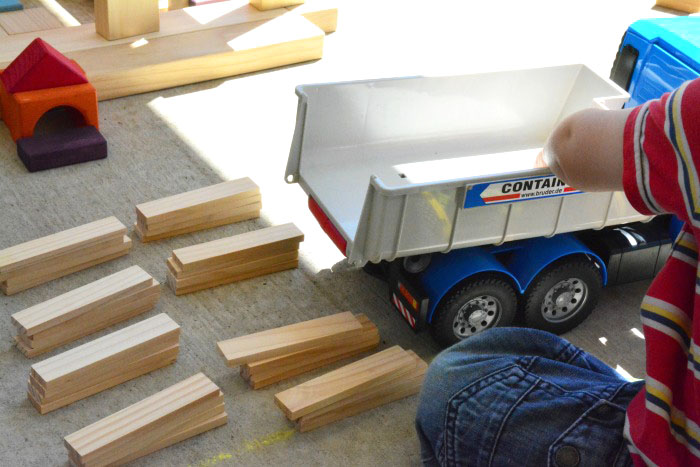 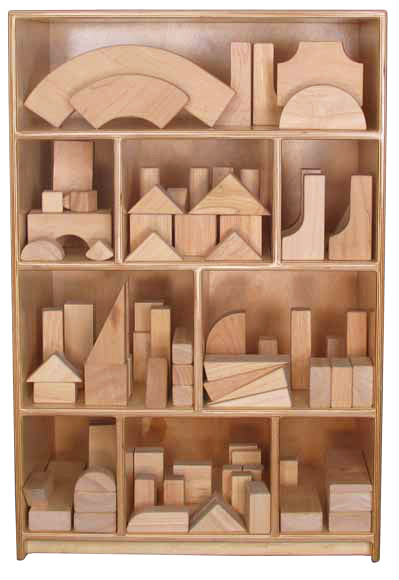 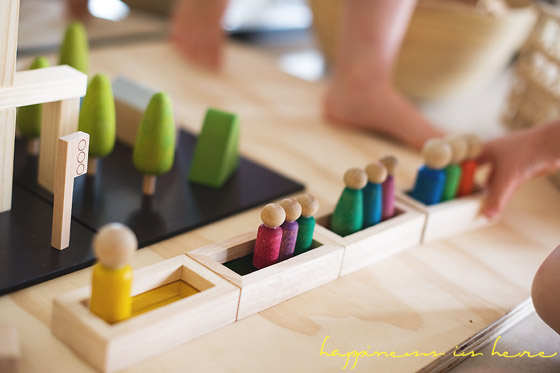 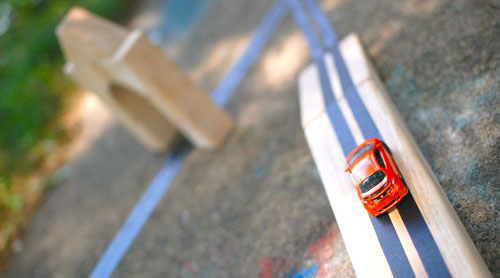 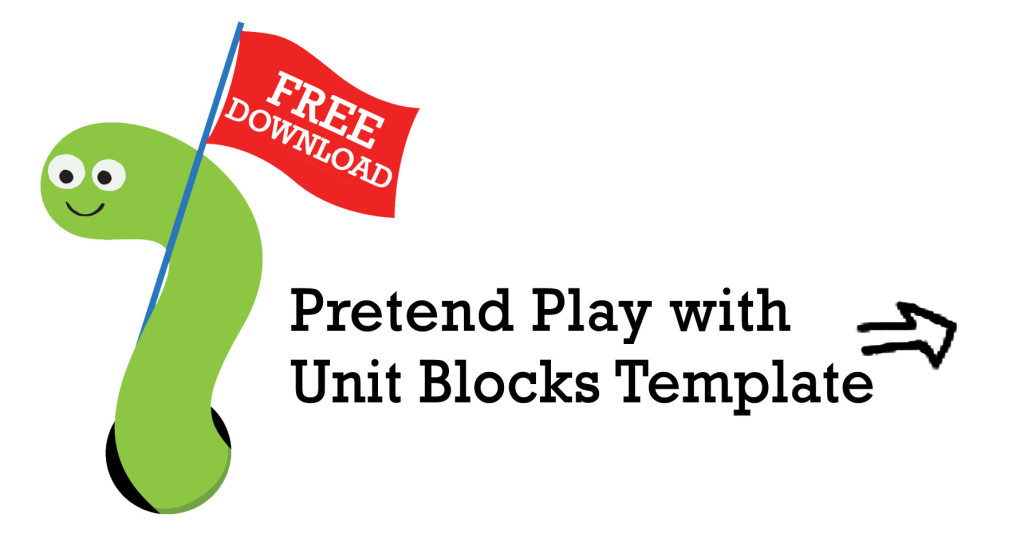 Parents, caregivers, therapists and teachers alike work so hard to teach a variety of play skills but what happens when your child or student doesn’t make that leap from facilitated play to independent play? Independent play is such an important skill that will allow him or her to better connect with their peers, build friendships, expand problem-solving skills and structure downtime.  A successful transition from demonstrating play skills with adult support to playing independently can be impacted by a myriad of variables.

Some of my students struggle with independent play because it is difficult to move from a thick schedule of reinforcement of 1:1 adult attention to a thinner one of just having an adult “check in” once in a while.  Other learners have impairments impacting executive function, specifically the organization and sequencing of steps for meaningful and reinforcing play as well as on-task behavior, task completion and working memory. Additionally, in some cases the skill of independent play is elusive because teachers struggle to find ways to fade out prompts or to successfully thin out the schedule of reinforcement.

Below is the visual schedule with data sheets for measuring acquisition and progress that I have created.  I have found it useful with learners with very different skill sets and abilities.  Click here for a comprehensive Task Analysis on teaching independent play using a visual schedule.

Keep in mind that this is for learners that:

In order to prepare this for use with the learner:

Remember that any open-ended activities like building blocks or coloring can be turned into close-ended activities by limiting the number of pieces or by teaching the learner to use a timer.

As you would when teaching any schedule, use a most-to-least prompting strategy, only use verbal instruction for the initial direction or SD (e.g. “Go play.”), and prompt only from behind and out of view.

The schedule I have been using has a smiley face at the end of the schedule indicating a “free choice” time which all of my students understand.  However, if you are using this with a learner that requires a visual reminder of what they are working for, you could easily adapt this by putting a picture of the reward in the place of the smiley face.  Time to play!

What’s better than receiving a box of chocolates on Valentine’s Day? A card from your child or student that celebrates the goodness of love and caring, of course! We’re delighted to help you spread the love on this special day. Here are some simple Valentine’s Day Coloring Cards for you to print out, color, and adorn with a message to surprise Mom, Dad, a sibling or teacher. Click here to view the cards in full and get to crafting. 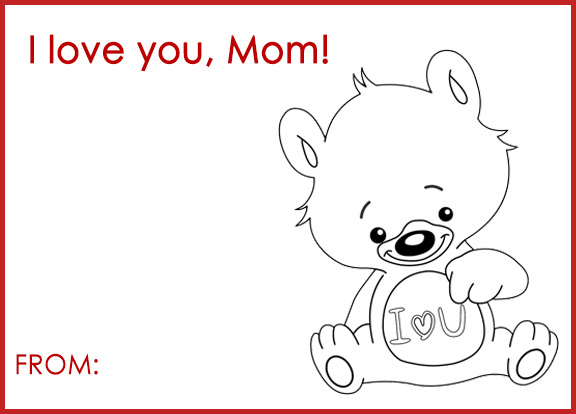 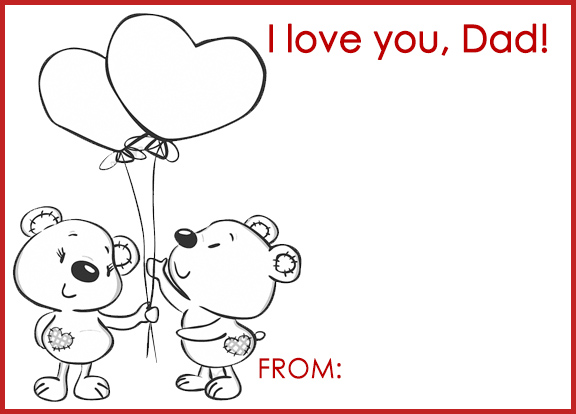 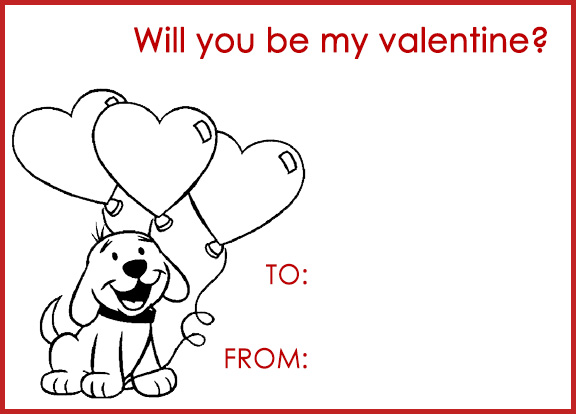 I’ve never been busier during the start of a new year than I have been in 2011.  It seems like many of my students were off to an ambitious start this month as well.  Some students made such significant progress that the revisions seem to never end.  Other students have required a lot of creativity and extra effort in finding ways to reach them and facilitate learning.   I found myself re-evaluating many program books, behavior plans and strategies.  I won’t further bore you with my lengthy “To Do” list but I will share some of the rewards of my work.  The end result is that there are new and improved versions of the free DRL data sheets and graphs along with brief descriptions for each.  I hope you find them as useful as I have. You can find them under the “DRL Downloads” tab underneath the Different Roads to Learning banner.  Now off to work!